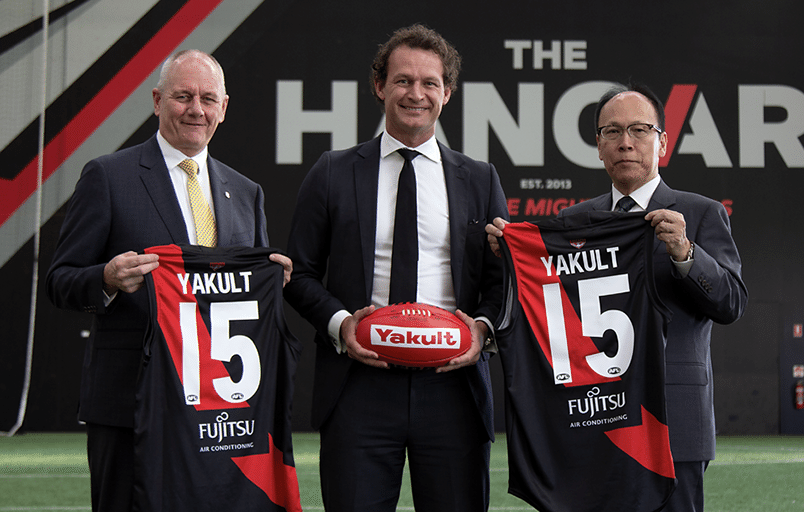 Yakult Australia are proud to announce that we have extended our partnership with the Essendon Football Club in 2019, signing on as a premier partner and official match-ball partner once again.

“We share the club’s passion for loyalty and maintaining the highest standards. We look forward to supporting the team in the coming season and with the players every success”.

Xavier Campbell, Essendon CEO, says “Yakult have shown incredible loyalty to the club over our journey together and we are appreciative of the genuine partnership we have”.

Next article
Continuing our partnership with the Melbourne Rebels